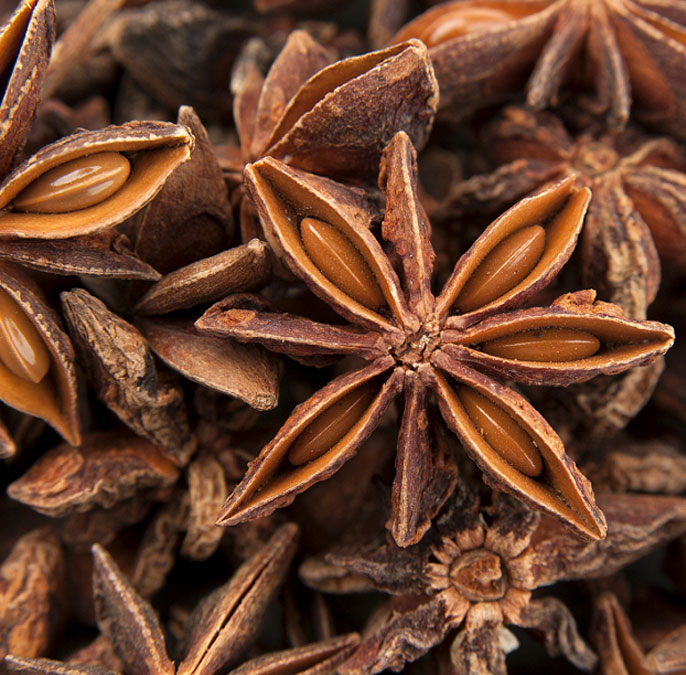 A plant species belonging to the umbellifer family (lat. Pimpinella anisum). The typical aroma of sweet caraway is caused by anethole, which is the main component of the essential oil (90%). Today, this is extracted from the fruit by distillation. Aniseed was already used in ancient times as a remedy (flatulence, digestive complaints) and as a spice to flavour wine and baked goods. The Greek philosopher and mathematician Pythagoras of Samos (~570-510 BC) described bread flavoured with aniseed as a delicious delicacy.

In western cuisine today, aniseed is used in bread and baked goods. Most importantly, however, it is added to many spirits, including absinthe, pastis and pernod (France), aguardiente and pacharán (Spain), aquavit (Scandinavia), arrack (East Indies), ouzo and tsipouro (Greece), and raki (Turkey). Anisé(e) is the French collective term for aniseed-flavoured spirits. When aniseed spirits are diluted with water and/or very strongly cooled, a characteristic milky cloudiness is produced, the so-called Louche effect. Today, aniseed is increasingly being replaced by the similar but unrelated star anise from China. The vegetable, spice and medicinal plant fennel also has a similar aroma.