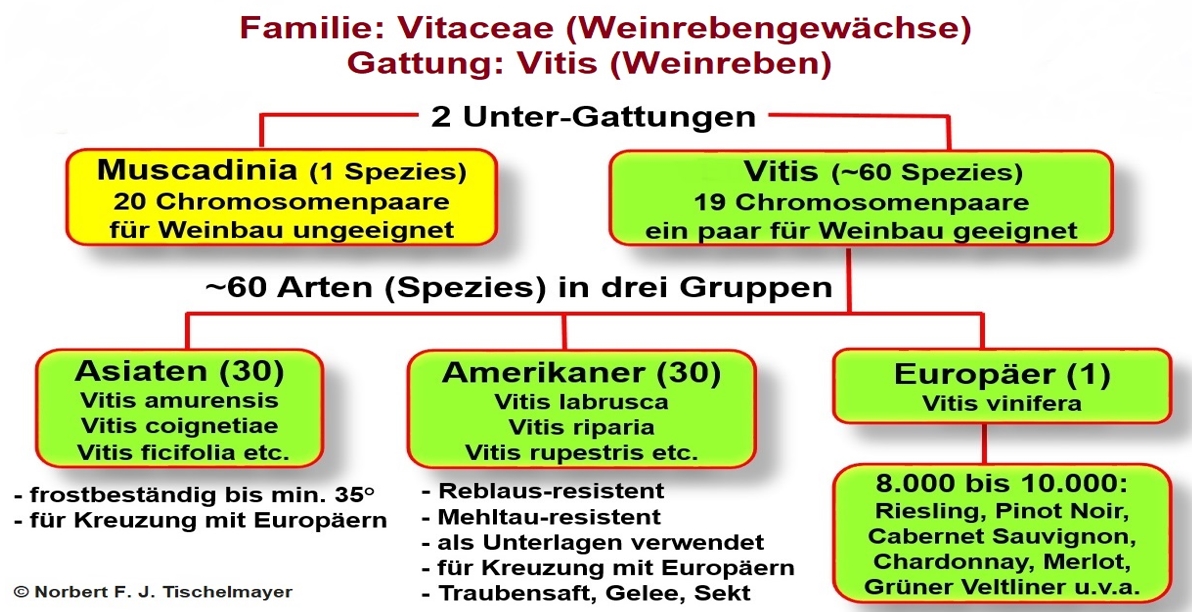 Strictly speaking, the subspecies (species) should be designated in the form Vitis vinifera subspez. labrusca or Vitis vinifera subspez. riparia , for example. However, when indicating the origin of grape varieties, abbreviated terms such as Vitis labrusca or Vitis riparia are used. A characteristic of some American vines that is negative for the European palate is strawberry aroma and foxy. This is particularly true of Vitis labrusca and Vitis rotundifolia. The most important American subspecies (sub-genus) of the two subgenera are: