The white grape variety comes from Italy. Synonyms are Aglionza, Alconza, Aleonza, Alionga Bianca del Bolognese, Allionza, Allionza Bianca, Glionza, Leonza, Uva Lonza and Uva Schiava. Because of the latter synonyms, it should not be confused with the Greek variety Sklava. There is also no genetic relationship to the Schiava varieties. It was already mentioned in the 14th century by Petrus de Crescentiis (1230-1321). The assumption expressed by French ampelographers that it was present in southern France in the 19th century is unlikely. According to DNA analyses carried out in 2001, there is a close genetic relationship with the Trebbiano Toscano variety. The late ripening vine is resistant to frost, botrytis and powdery mildew. It is used as a wine press and table grape. The variety is grown in Emilia-Romagna (provinces of Bologna and Modena). In 2010, 11 hectares of vineyard area have been designated with a decreasing trend (Kym Anderson). 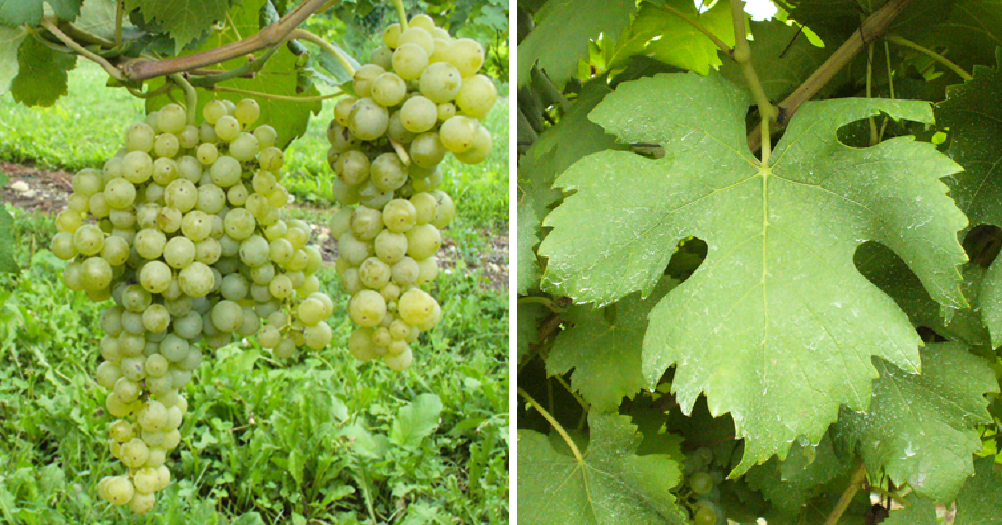