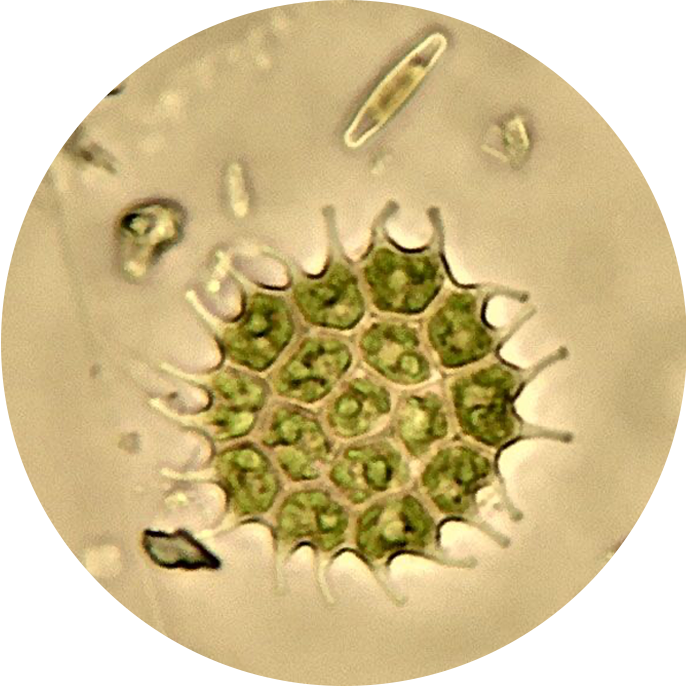 Low, unicellular or multicellular plant organisms that can grow microscopically small as plankton or up to 50 metres long as seaweed. They are the oldest group of plants on earth and, with over 50,000 species, inhabit almost all moist habitats. Some forms live as lichens in symbiosis with fungi or as corals in marine polyps. Algae and lichens are involved in weathering and soil formation processes as well as in the transformation of humus.

They play a role above all in chemical weathering, in which the plant acids released contribute to the slow dissolution of basic rocks, such as limestones. As a component of Palaeozoic marine sediments, algae formed the biogenic basis of sedimentary rocks, such as diatoms for diatomaceous earth. Special pesticides (algaecides) may be used against algae in viticulture. See also under soil type, geology and vineyard care.