In contrast to bottle aging, under which one rather only summarizes all positive changes during the development of a wine up to its climax, aging also includes all negative changes until the "end of life". Even in ancient times, attempts were made to produce wines that were resistant to ageing in order to improve their taste by storing them for longer periods. Artificial ageing by heating or smoking was also common, as reported by the Greek physician Galen (129-216). In the Bible it is mentioned that old wine should be preferred to young wine, in Luke's Gospel 5.37 Jesus says: "And no one who has drunk old wine likes new. The Greeks and Romans recognized that wines with a high sugar content can be stored for a long time if kept cool. The best ancient wines, such as the famous Roman Falernian, were stored in tightly closed amphorae of clay and only reached their peak after many years. With the decline of the Roman Empire, the art of conservation fell into oblivion again. 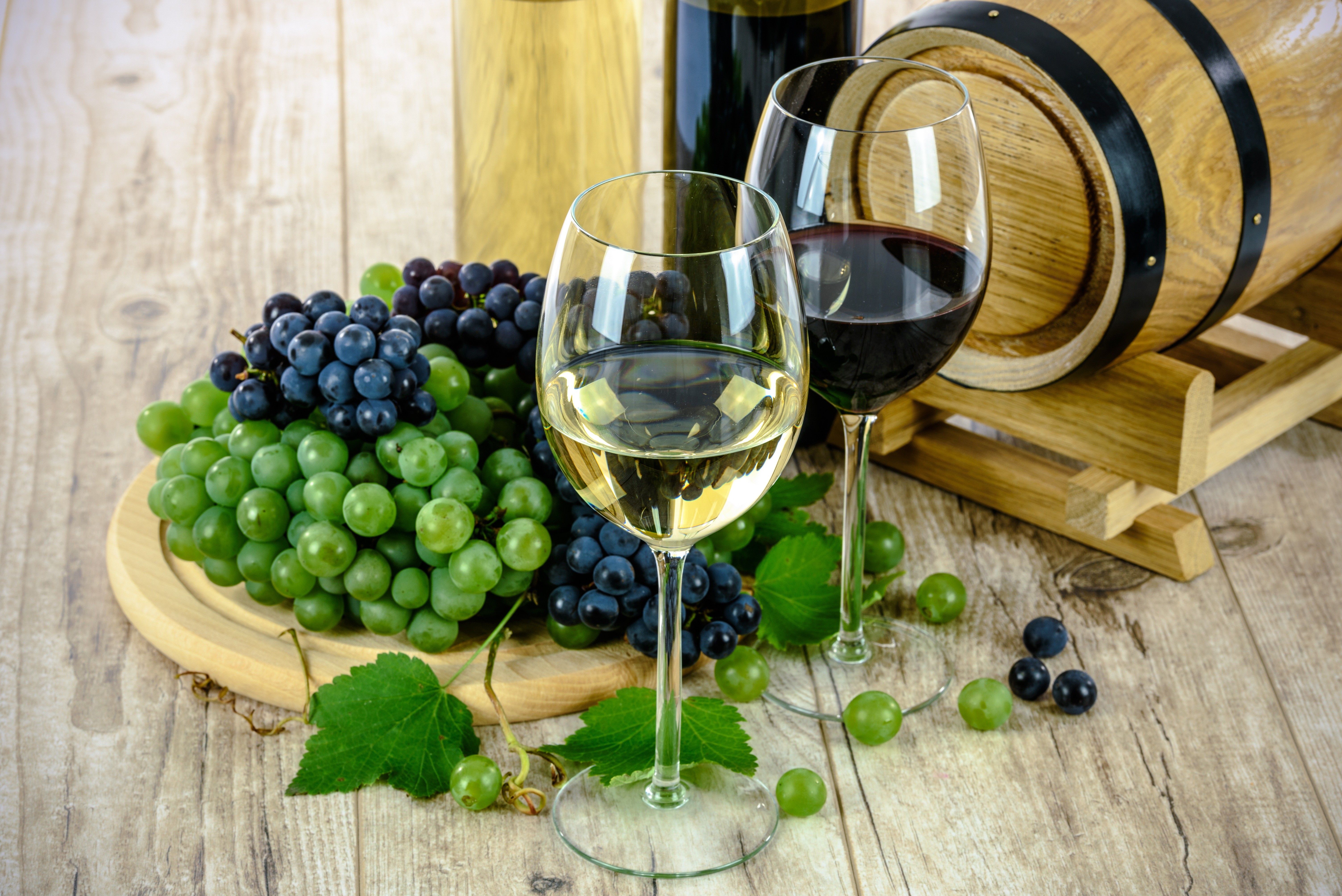 Until the late Middle Ages, Europe produced mostly very simple wines that had to be enjoyed within a few months, otherwise they would turn sour or turn into vinegar or spoil. There were very few exceptions, for example the Riesling wines stored in large barrels in the cellars of the ruling houses and the fortified sweet wines in the Mediterranean. The production of wines suitable for ageing was initiated from the 16th century onwards, especially in England, by the demand for Bordeaux and port wine. At this time, ageing in barrique was also common. But it was only with the advent of bottles and corks in the 17th century that it became possible to produce wines that could be stored and matured for a long time in large quantities. Among the oldest wines that could be enjoyed (with restrictions) were a Würzburger Stein, which was 421 years old at that time, and a 186-year-old 1811. However, these are unique exceptions.

Compared to many other beverages, wine has the potential to mature in taste and quality over time until it finally reaches its peak. Even before this, a drinking maturity may have been reached, both terms are not to be understood as "key date related" and can also be understood as synonymous. The complex life cycle begins immediately after fermentation and is described in detail under bottle ripening. An often asked question is how long a wine remains at its peak. A simple rule of thumb says: usually as long as it took to reach it. Contrary to what is often said, however, a qualitative improvement through ageing does not take place in principle, but is reserved for good wine qualities. A distinction must also be made between ageing and ageing potential. A wine, for example, may be capable of ageing, but it does not necessarily have to improve because of this.

A wine that is capable of ageing must have a certain shelf life in order to develop. For a long shelf life, the environmental conditions during storage play an important role in addition to the properties of the wine that are basically necessary for this. A dark, cool wine cellar with a temperature as uniform as possible between 10 and 15 °C and a humidity between 70 and 80% is ideal. A tight seal is also a prerequisite to prevent uncontrolled oxidative processes. Small amounts of oxygen play an important role in the ageing process. The amount of oxygen absorbed depends on the type of closure; screw caps, for example, are up to a factor of four tighter than corks.

A prerequisite for the ageing ability is a balanced relationship between ideally higher alcohol, sugar and acid content. Wines made from botrytised berries usually have a high residual sweetness and thus potential for a long shelf life. Red wines tolerate and generally require more oxygen than white wines. The amounts of oxygen required for the maturation of red wines are supplied in a targeted manner by cellar-technical measures such as tapping via air, storage in wooden barrels or micro-oxygenation. White wines (and also rosé wines) are relatively sensitive to oxidation compared to red wines, but the time of oxygen uptake plays a decisive role. Oxidation of the must, for example, is beneficial for the later shelf life. After filtration, however, uncontrolled oxygen uptake has a negative effect on the aroma, freshness and shelf life of white wines.

During the storage of white wines, a gradual disintegration of the fruit aromas typical of the variety sets in. These can be overlaid by various age tones such as firn (Altersfirn), UTA, Böckser (Lagerböckser) or petroltone, especially quickly in wines with a fruity finish. However, most of the wines produced today are intended for quick consumption, so that the ageing ability is not important. This type of wine is often still best in the tank, remains uncomplicated, fruity and palatable for a few months after bottling and finally decomposes relatively quickly. High residual sugar and low pH-value have a positive effect on the ageing ability. In red wines, high contents of phenolic substances such as anthocyanins, tannins and vanillin contribute to the ageing ability, which is intensified in barrique barrels by the tannins contained in oak wood.

Oxidation must be prevented during storage, which requires a tight cork or other good closure, if necessary. The small amount of oxygen in the bottle neck is sufficient to have a positive effect on development (during bottling it is also common practice to fill this space with inert gas). Larger bottles with a multiple of 0.75 liters such as magnum (1.5 liters), double magnum (3 liters) or even larger slow down the ripening process, but positively promote it. This is mainly practised with Bordeaux and Burgundy wines. With wines such as sherry or port wine, the ageing ability is enormously increased by appropriate techniques. This is achieved, for example, by spriting (addition of alcohol). In contrast to still wines, spirits and sparkling wines do not usually benefit from bottle storage, their development is usually completed with bottling.

The storage and development capability can last for decades, in individual cases even 100 years and more. This depends mainly on the degree of maturity of the grapes (see Maturation and physiological ripeness) and the vinification. Certain grape varieties are particularly suitable for such wines. These are for example the white varieties Chardonnay, Chenin Blanc, Furmint, Petit Manseng, Riesling and Grüner Veltliner and the red varieties Aglianico, Baga, Cabernet Sauvignon, Kadarka, Merlot, Nebbiolo, Pinot Noir, Plavac Mali, Sangiovese, Saperavi, Syrah, Tannat, Xinomavro and Zinfandel. In accordance with the wine laws, which vary greatly from region to region, many wines are sold only after long barrel and/or bottle aging (months to years).

The "ideal" age of enjoyment or the "climax" of a wine at exactly the "right" time (month/year) cannot, of course, be exactly determined in advance. However, an estimate with a certain range is possible, for example "in four to five years". More and more producers are already indicating this on the bottle label. In individual wine guides such as Wine Plus a prognosis is made for the probable best drinking period. However, this is by no means a clear indication of the shelf life of a wine, but merely provides information about the period of time during which a wine is likely to be most beneficial in normal storage. A year specification means that a wine will probably be in good shape at least until the end of the year specified. However, even with the greatest experience, these figures remain estimates. There can always be both positive and negative surprises, especially since the development depends strongly on the storage or environmental conditions.

As already mentioned, according to an international trend, a considerable proportion of wines (especially white wines) are now produced which should be drunk within one to a maximum of two years after bottling. This means that these wines are ready to drink when they are brought to the market by the producer and are not suitable for longer storage. Today, the controversial technique of artificial ageing is also practised in isolated cases. This includes heating, forcing oxidation, shaking the bottles and irradiation with ultrasound. The questions of whether substances are degraded over the course of time or what changes in taste occur are dealt with under bottle ageing. See also vintage, century wine, new corking, wine evaluation, wine enjoyment and wine temperature.

Picture from Photo Mix on Pixabay