The red grape variety (also Rogers 15) with purple berries is an interspecific new variety between Carter (Isabella seedling) x Black Hamburg(Schiava Grossa). It contains genes from Vitis labrusca and Vitis vinifera. The hybrid was crossed in 1861 by the breeder E. S. Rogers in the USA in Salem Massachusetts. It was named after an Indian place in this state. The vine, which is loose and of a weak colour, produces rosé and light red wines with a pronounced foxtone. It is also used as a table grape. No stocks were reported in 2010 (statistics Kym Anderson). 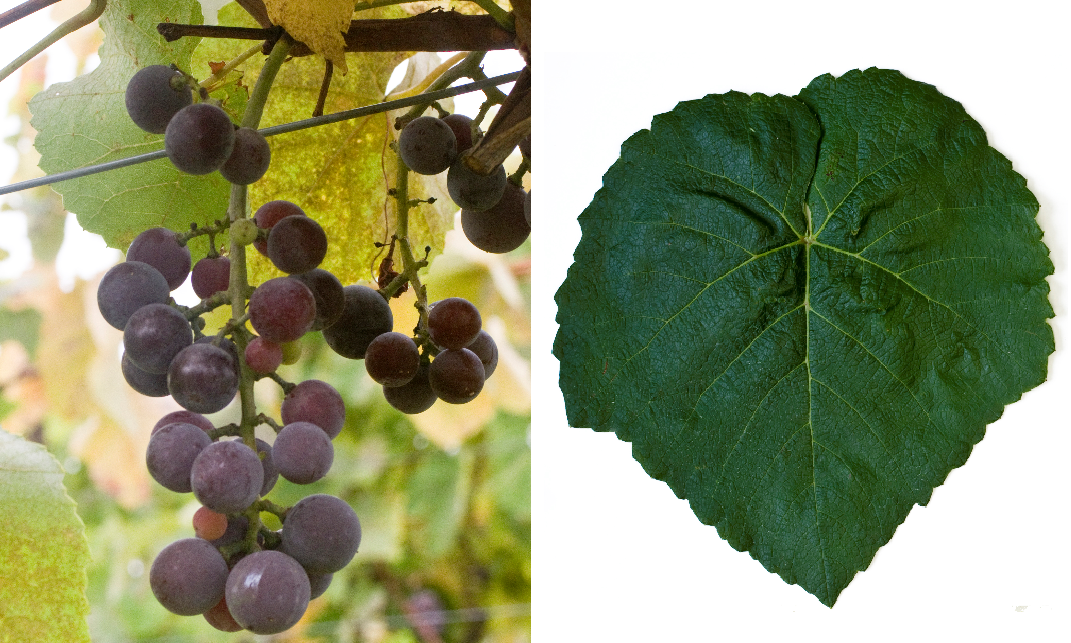