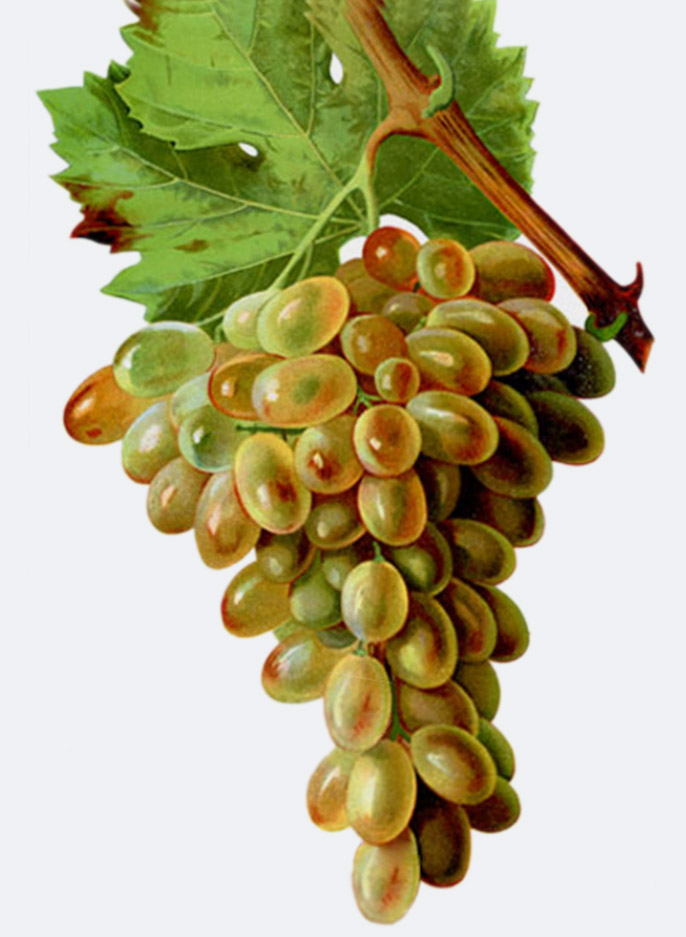 The variety was already mentioned in the 15th century. It is said that it was brought to France in 1883 by a silk merchant from Beirut in Lebanon. Because of its large date-shaped berries, it was first known as Dattier de Beyrouth. The vine was a cross between the new varieties Augusta (1), Emilia, Franca, Gratsiya, Queen of the Vineyards, Kunleány, Solferino, Victoria (1) and Yulski Biser. The picture above is from the work "Ampélographie - Traité général de viticulture" by Victor Vermorel and Pierre Viala.