Frequent name for single vineyard sites in Germany. It is usually derived from a stately building (which may no longer exist) on the top of a hill.

The upper part below the Höhingen castle ruins was converted into vineyards in 1819 by blasting the steep rock faces. The vineyards, which are in the form of four amphitheatres facing west to south-east, but predominantly south-facing, at an altitude of 190 to 320 metres above sea level with a slope gradient of 20 to 80%, cover 80 hectares of vines. The very large and therefore heterogeneous site is divided into the four areas of Böhmischberg, Büchsenberg, Schlossberg and Schneckenberg. The soils consist of dark, weathered, skeleton-rich volcanic rock with a partly artificially applied layer of loess. In some areas the soil is so poor that the vine posts had to be concreted in for stability. The main varieties grown here are Riesling,Pinot Noir, PinotGris, PinotBlanc and Silvaner. The Augit, Dr. Heger, Freiherr von Gleichenstein, Keller Franz, St. Remigius, Waßmer Fritz, Wassmer Martin and Winzergenossenschaft Achkarren, for example, have shares in the vineyard. 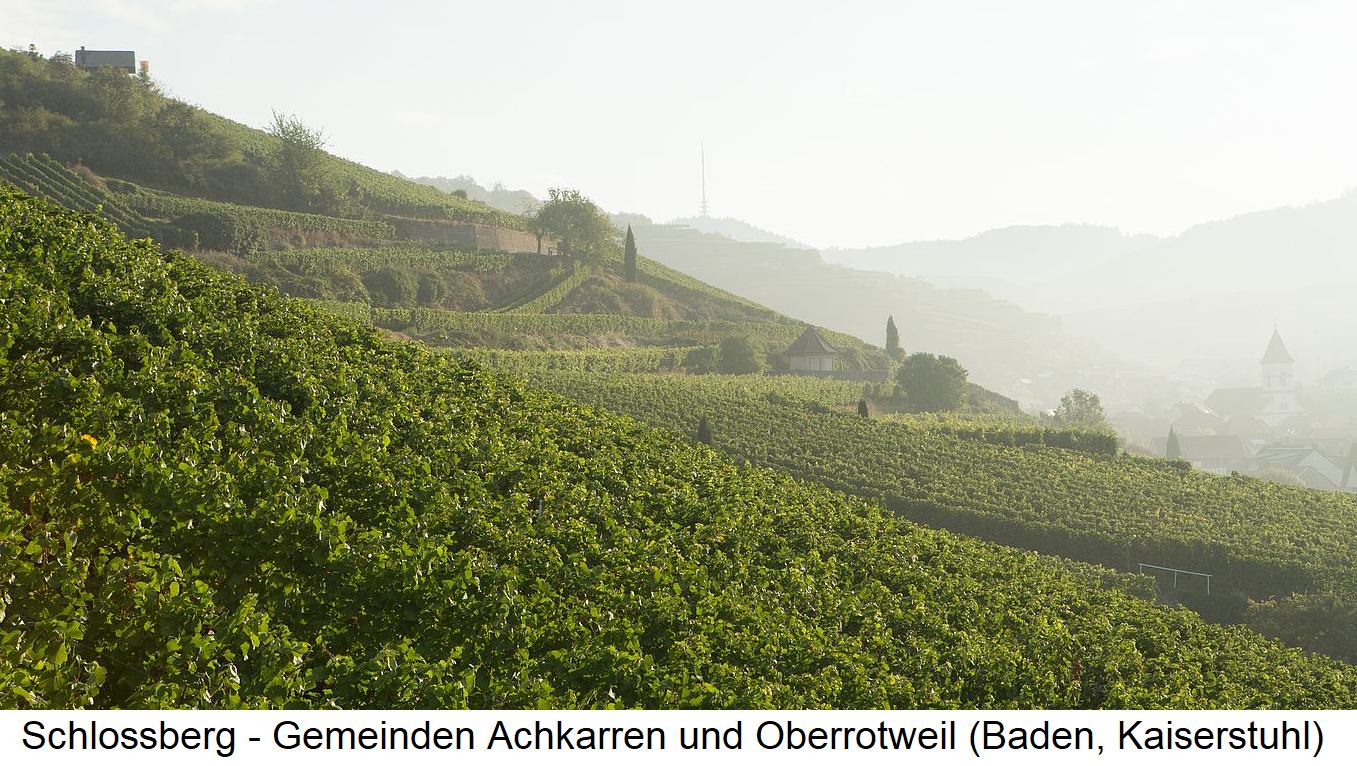 This is a historical location. The south-facing vineyards with a slope gradient of 5 to 40% comprise 15 hectares of vineyards on clayey loam soil. Riesling and Burgundy varieties are cultivated here. The Forster Georg, Joh. Bapt. Schäfer, Pieroth and Schlossgut Diel wineries, for example, all have shares.

The two family castles of the counts of Castell once stood here. Around 1266, the property was divided by the counts, and the most important vineyard sites in Castell were mentioned for the first time in the deed of division. Of the castle built in the 16th century, only a stair tower remains today. The south-, south-west- and west-facing, cauldron-shaped vineyard at an altitude of 300 to 390 metres above sea level with a slope gradient of 40 to 70% covers 4.5 hectares of vineyards. The erosion-prone greyish-blue soils on the surface consist of gypsum skeuper, calcareous marl and grassy claystone with deposits of alabaster. The Silvaner, Riesling and Rieslaner varieties are cultivated here. The site is the sole property of the Fürstlich Castell'sches Domänenamt winery. The Reitsteig site is located in the lower middle of the Schlossberg.

The south-facing vineyard lies directly under the walls of the Reichsburg Cochem. Throughout history, this mountain or castle has repeatedly been the scene of fierce battles and sieges. On the steep vineyards at a height of 70 metres above the Moselle, the vines are rooted in brittle blue slate with little fine soil. In 1998, the steep slope was completely replanted in terraces at great expense. Here mainly the varieties Riesling andPinot Noir are cultivated. 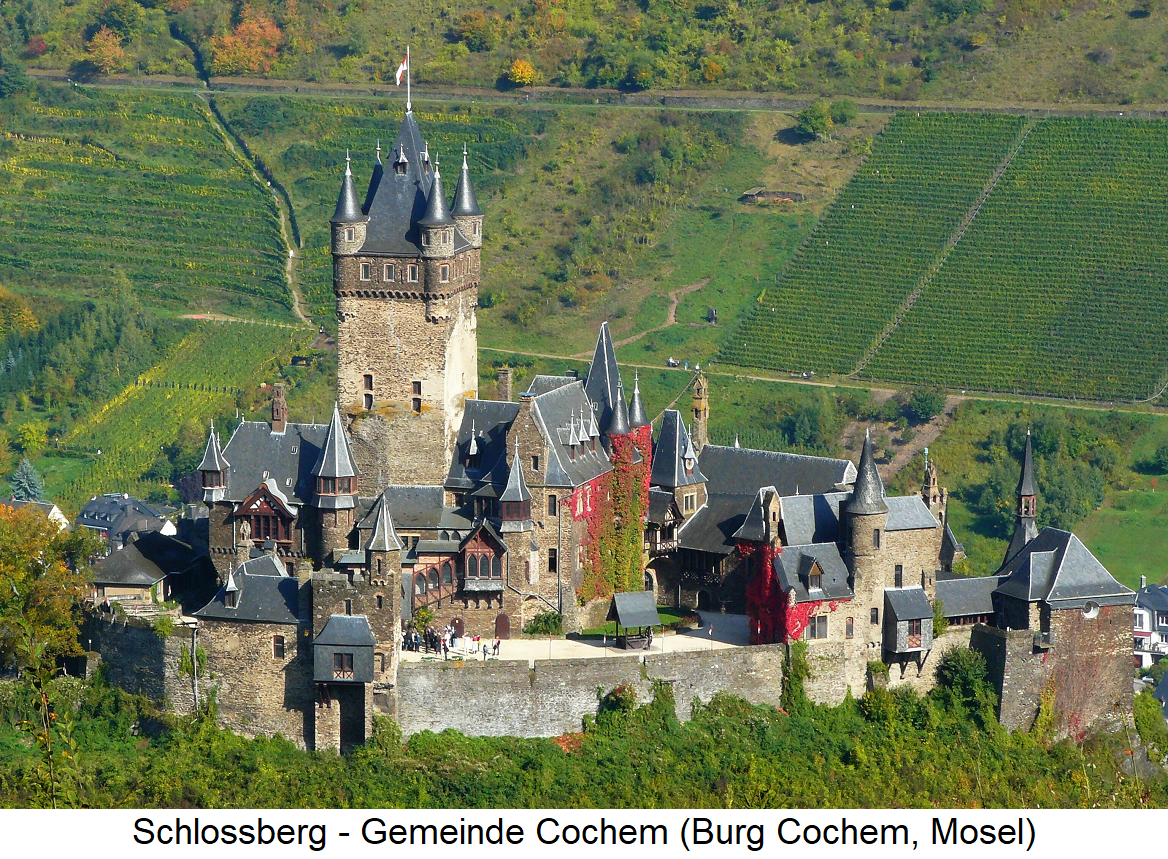 The vineyard, which is oriented in the shape of a cauldron from southeast to southwest and has a slope gradient of 20 to 60%, comprises 3.8 hectares of vineyards on skeleton-rich granite and gneiss weathered soil. The site...