The wine multinational "Accolade Wines" with its headquarters in Old Reynella (suburb of Adelaide) in Australia is one of the world's largest wine trading companies. The company's origins date back to 1853, when Thomas Hardy (1830-1912) laid the foundation for the later wine multinational (see the exact history there). The property was constantly expanded by purchasing other wineries and wine estates and Hardy became Australia's largest wine producer. In 1982 the Reynella Winery was purchased and the renovated cellar building became the headquarters of Thomas Hardy & Sons. A highly regarded coup was the purchase of the famous Ricasoli estate in Italian Tuscany in 1990. The family business was merged with the cooperatives Berri Estates and Renmano in 1992 and the public limited company BRL Hardy was founded. However, Ricasoli took its fate back into its own hands one year later. Finally, in 2003 BRL Hardy was incorporated into the US company Constellation Brands and renamed Hardy Wine Company Limited. 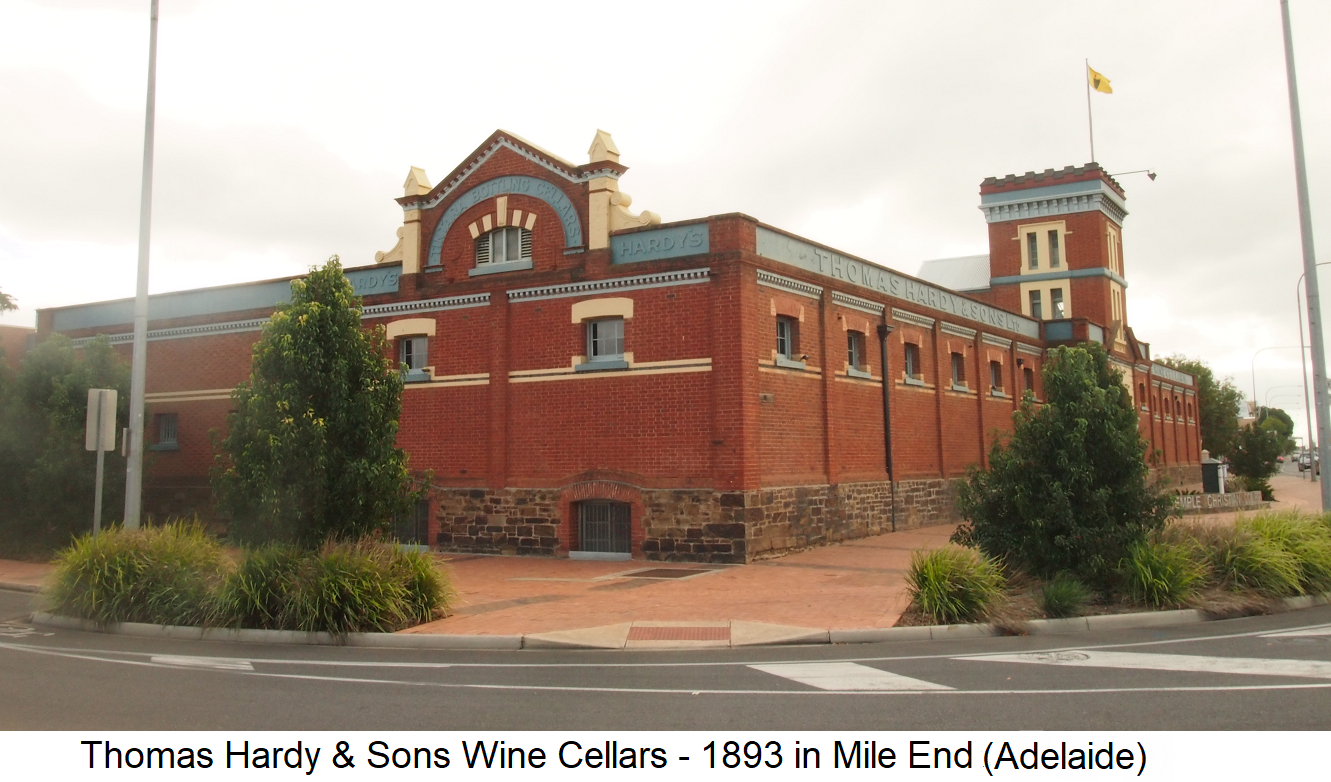 In January 2011 Constellation Brands sold 80% of its subsidiaries "Constellation Wines Australia" and "Constellation Europe" to the Australian company CHAMP. The deal was valued at approximately AU$ 290 million (€ 212 million). The package included all Hardy brands (Australia), Kumala and Fish Hoek (South Africa) and Echo Falls (USA) with vineyards and wineries as well as a 50% stake in the British wine trading company Matthew Clark (major wholesaler of alcoholic beverages). It is worth mentioning that CHAMP is active in a wide range of industries such as food and agricultural, mining, media, transport, education, healthcare, financial services, etc. In June 2011 the new wine multinational was renamed to the prestigious name Accolade Wines (award, knighthood).

The extensive estate now comprises vineyards and wineries in the four Australian states of South Australia (including the three areas of Coonawarra, McLaren Vale and Padthaway), Tasmania, Victoria and Western Australia, in the USA, New Zealand and in Languedoc-Roussillon, France the Domaine de la Baume. The total area under vines on all farms is around 3,200 hectares. Additional grapes are purchased from over 1,000 contract winegrowers. There are joint ventures with the two wineries Canepa in Chile and D'istinto in Sicily. This naturally results in a wide range of production, especially in Australia.

At the beginning of 2012, a majority stake was acquired in the company "Shanghai CWC Wine Trading Company", which until then had exclusively marketed Accolade products in China as a cooperation partner. The aim is to serve the up-and-coming Asian market. The last deal to date was announced at the end of 2013 that prominent wine brands from New Zealand would be taken over. The candidates include Mud House (with the two sub-brands Haymaker and Skyleaf) and Waipara Hills Wines (as of 2013). Accolade Wines has thus developed into a global wine company in a very short space of time, selling the world's best-known wine brands in over 80 countries in all five continents. There are now subsidiaries in the UK, Europe, North America, South Africa, Australia, New Zealand and China. The company employs over 1,800 people worldwide and is headed by CEO Troy Christensen.